Started looking at all the other little bits and pieces that I'd over looked or tried to ignore during the build (probably because they looked to fiddly) and started putting the front bumper and rear hitch together. 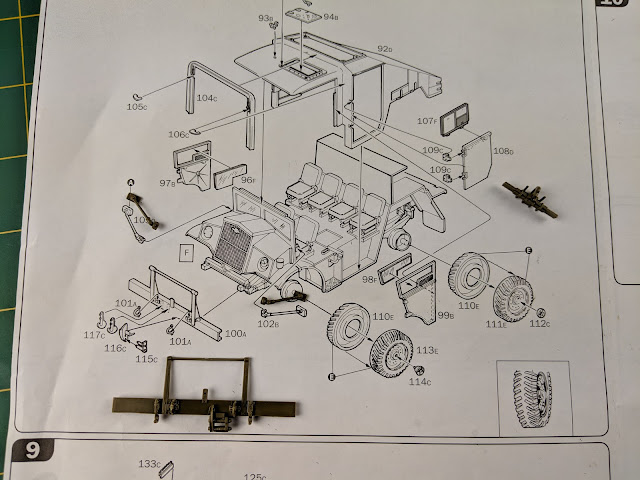 While those were drying I went back and had to revisit the canvas bits with some pigments (mostly the AK Sienna, with a tiny bit of the AK North Africa Dust just to break it up) to try and take the shine out of it and lighten it up. I think it's working better. 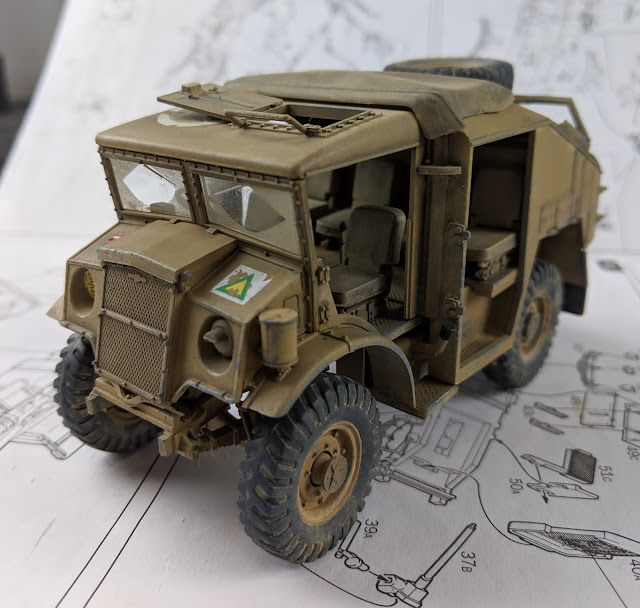 While I was at it I did a put on a bit more pigment here and there because I could. 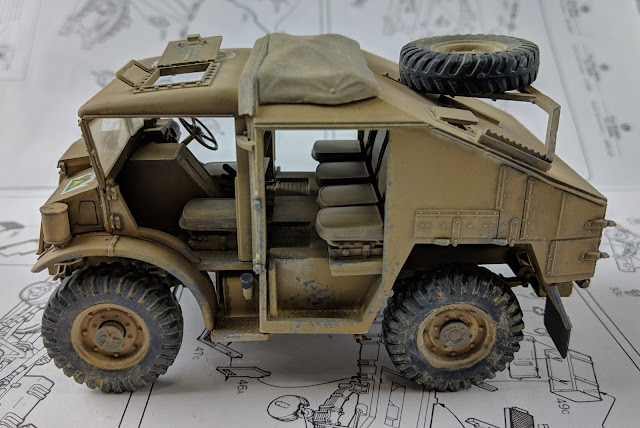 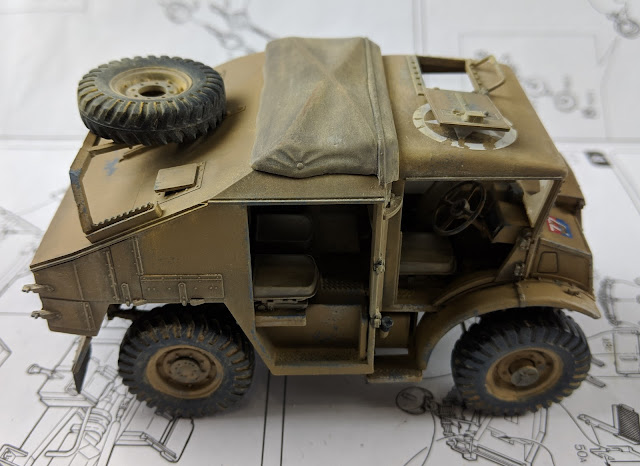 Time to get stuck into the doors and bumper, some Tamiya Black Panel Line to bring out some detail I also like using it to give the whole thing a bit more of a lived in look (not sure it's what I should be doing but I like the effect). 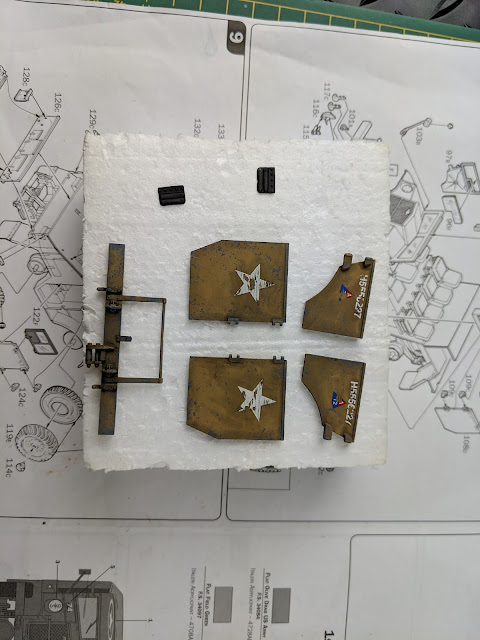 Also applied a bit of the chipping effect same as before with a bit of open cell foam picked apart to get a small contact patch and then dabbed in the Tamiya Light Gray and most dabbed on to a paper towel before hitting the panels with it while rotating it to vary the patterns.