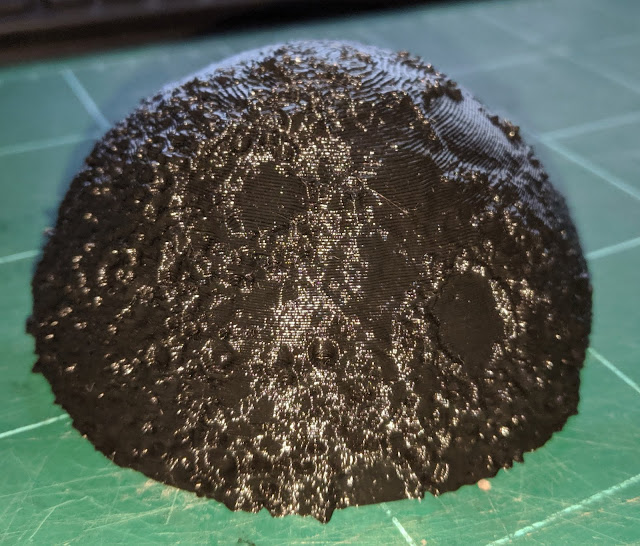 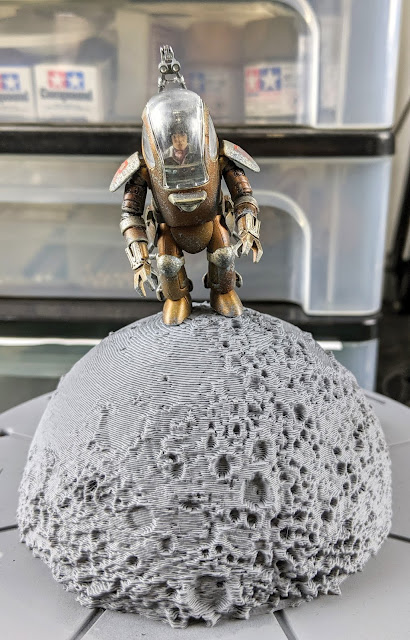 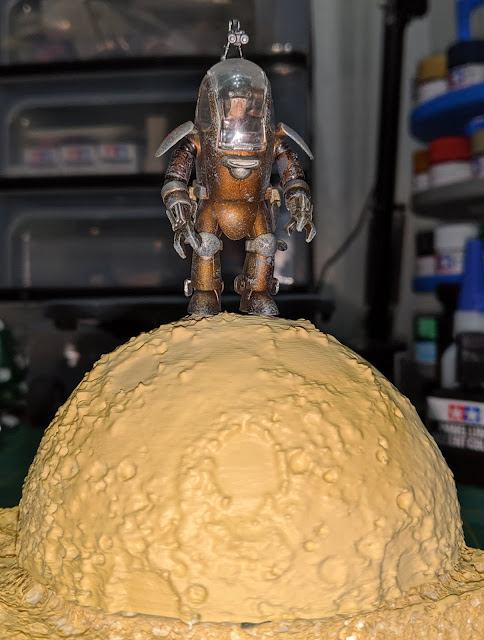 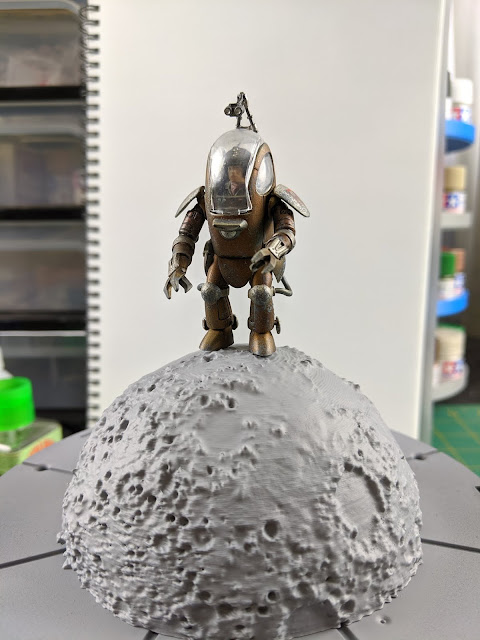 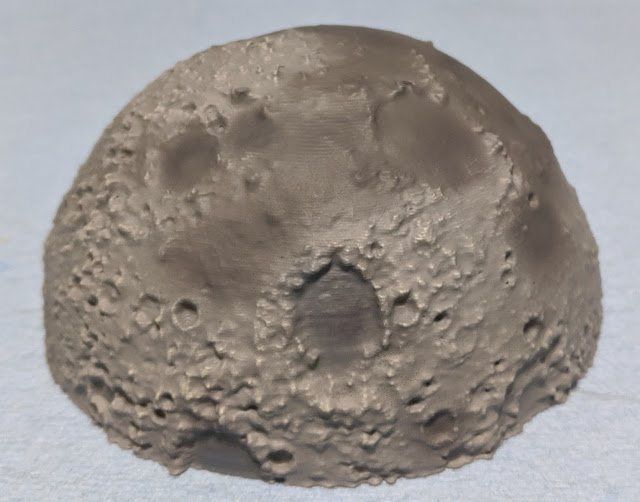 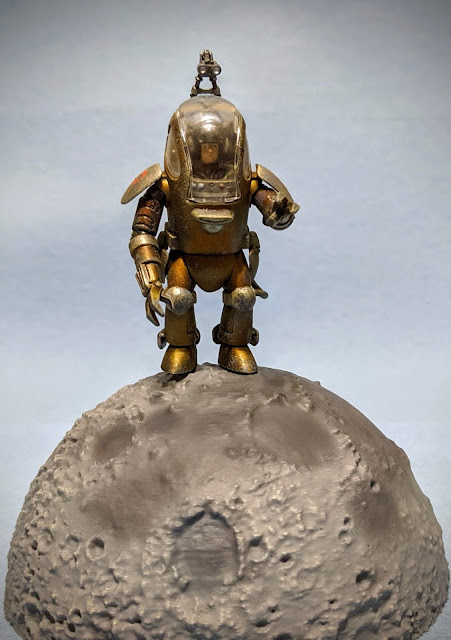 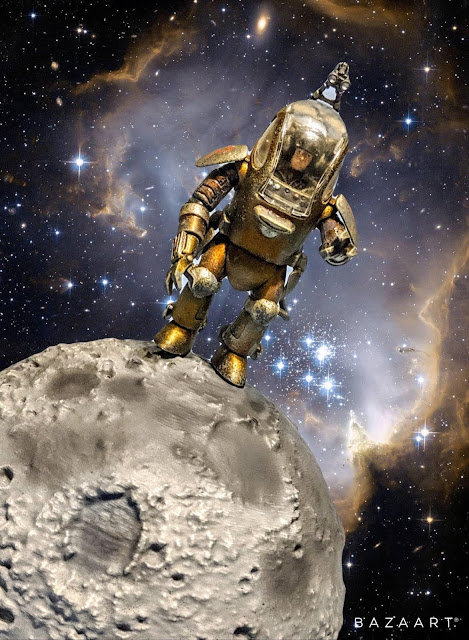 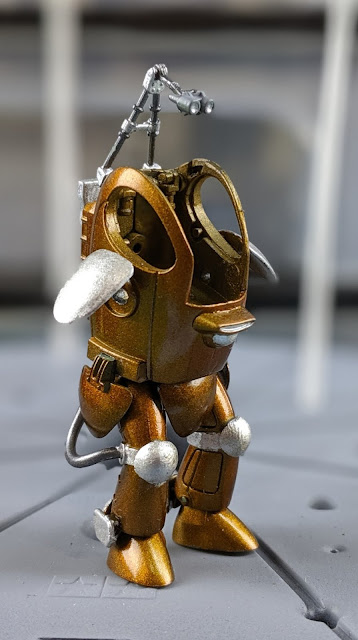 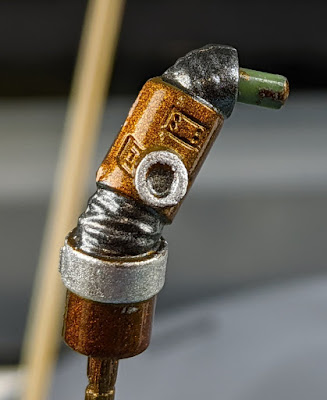 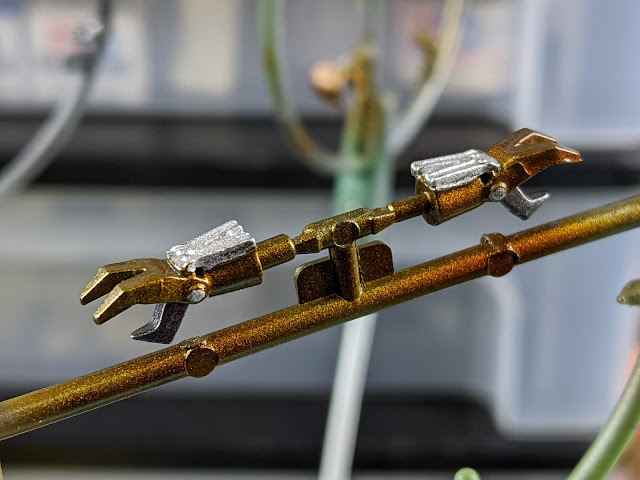 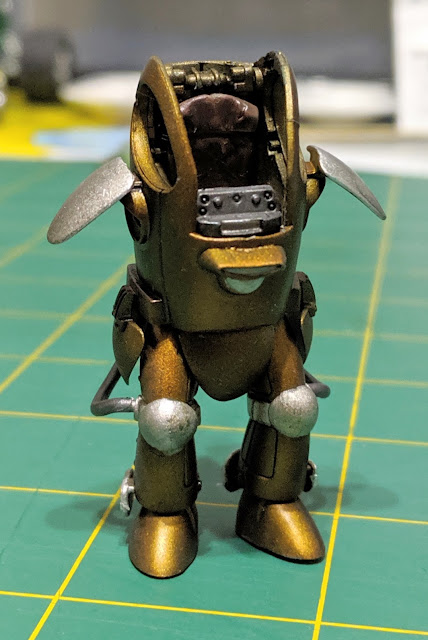 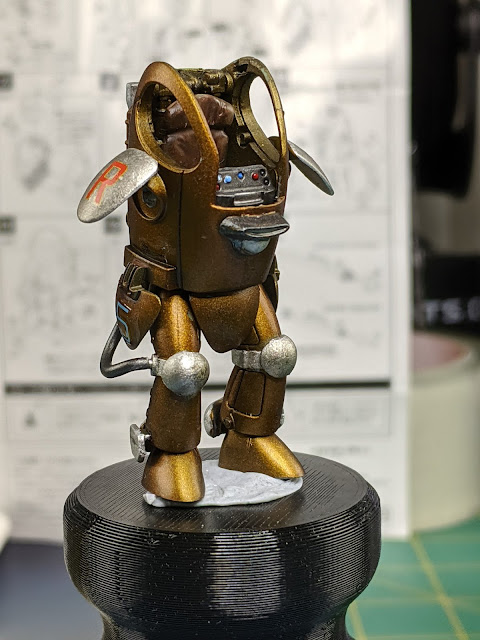 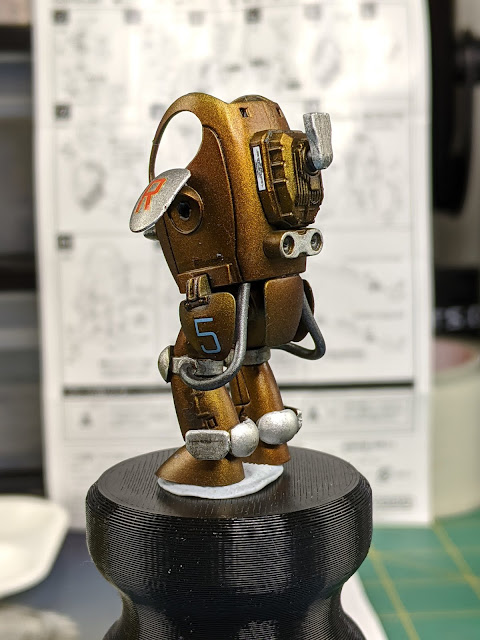 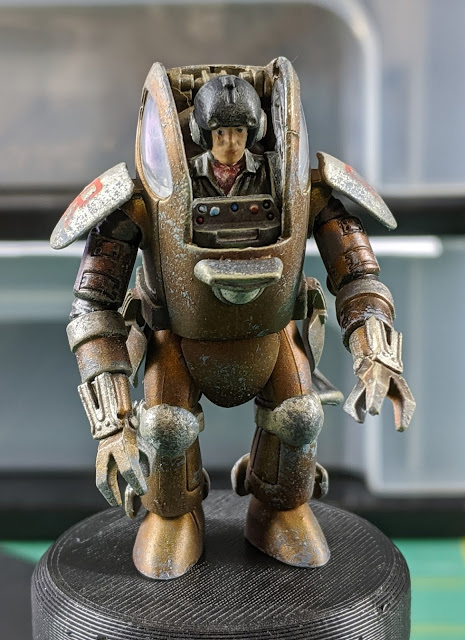 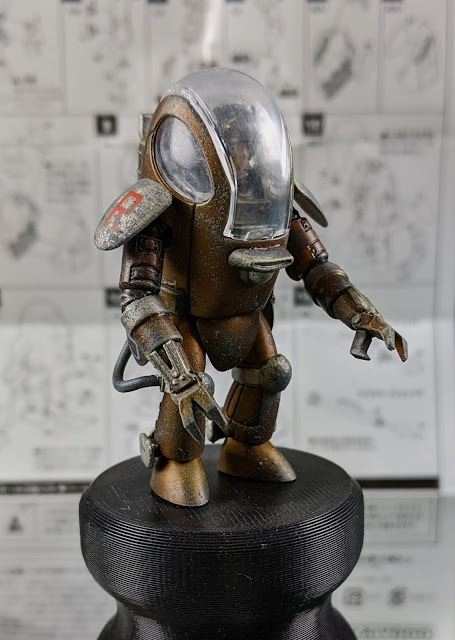 Posted by defMondo at 21:30 No comments:

I was pleasently surprised with these little black balls that I'd seen on the counter at the local hobby shop for a long time and one day finally though I'd give one a try thinking this is going to be 10-15 part kit go together in no time and just end up sitting on the bench as a bit of decoration. But no, there is quite a lot of detail and scope for experimenting and building, these are great value for money in my opinion. 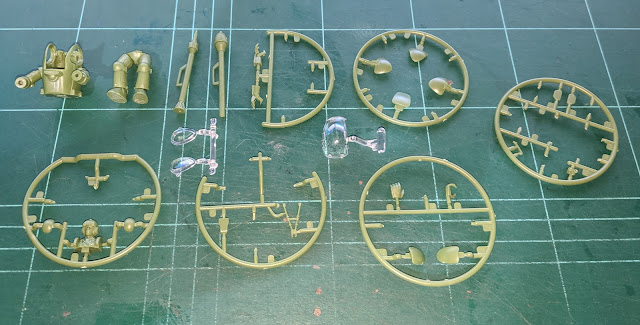 I couldn't wait to get stuck into the kit so ended up puting together a couple of bits before seting this up for the photo. There is a suprising amount of parts trees squeezed in to these.

I decided to take a slightly different approach to the last one and under coat and paint some of the parts on the parts trees. I decided on a slightly different theme and went for a old used and abused Rescue and Recory suit theme and needed and orange and a bright silver for the high vis parts. I looked at the stocks and didn't really have a nice orange shade to use so I ended up mixing Tamiya Clear Orange X-26 and Tamiya Chrome Silver X-11 together and came out like this. The orange was probably a little darker then I thought I wanted, but I do love the shade it ended up being so it will do nicely. 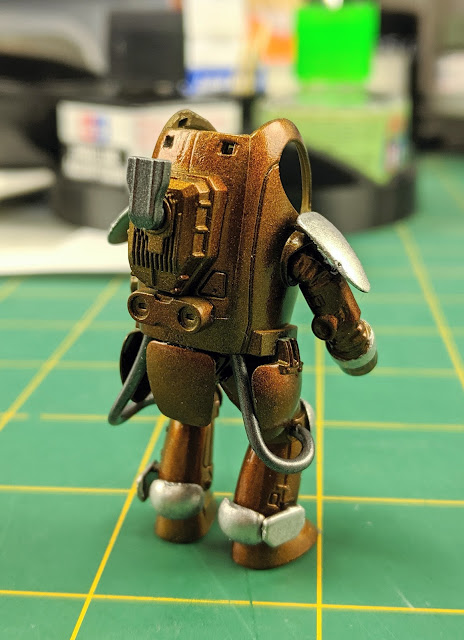 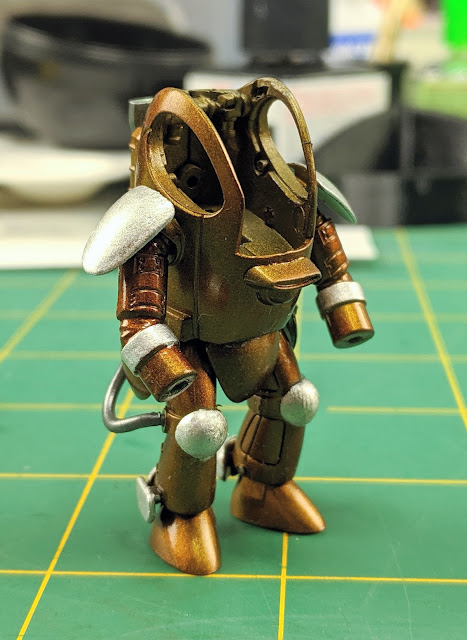 Next bit was the bust, never painted anything with somuch detail and so small, so it was a matter of just giving it a go, I just picked some colours that I had and seemd to work ok together and made the best of it. 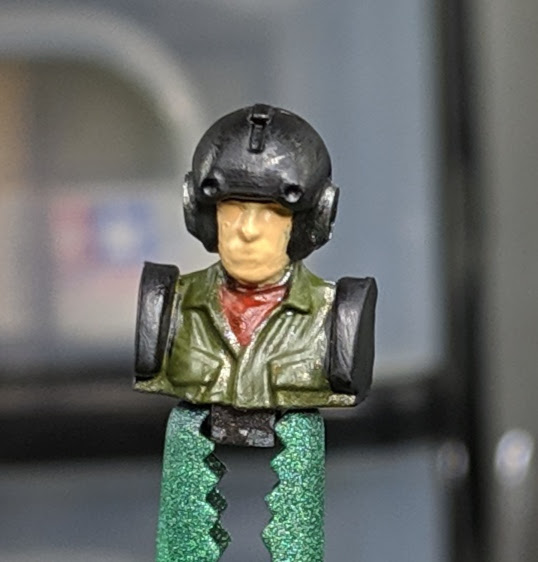 The eyes were incredibly hard to do and ended up looking a bit wonky when you look at under a close up photo like this in reality it's very hard to notice how wonky it really is so, it will do. To do the eyeballs ended up having to use the pointy end of a toothpick to get something that small. 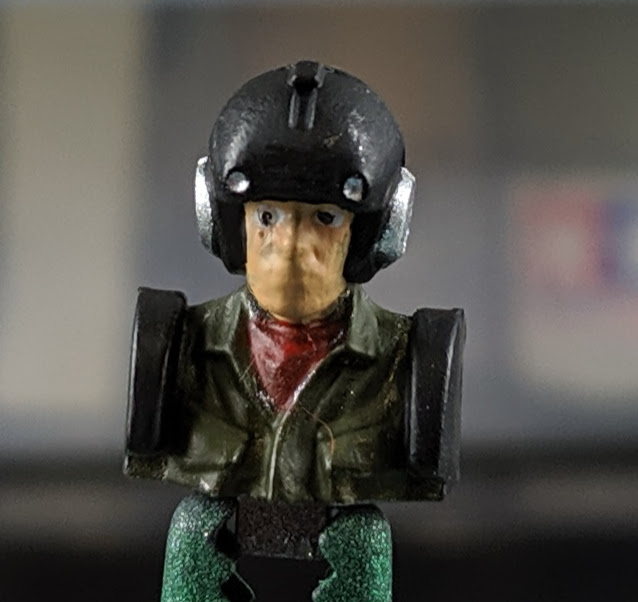 Ended up using a bit of the Tamiya Black Panel Line to give the clothing and helmet a bit of depth as well as some dry brushing to bring out some highlights, might have under done those. 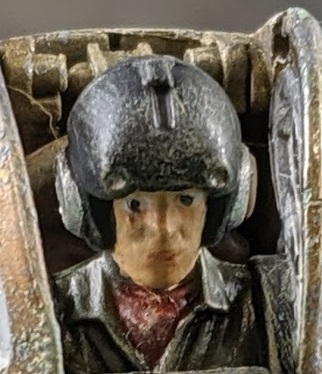 Next time will have a bit of outside of the suit.

Posted by defMondo at 20:30 No comments: