Continuing on from last time the rust on the exhaust was really bothering me so had to have another go at fixing it and this time I tried a different approach of painting a thin layer of the fixer on the exhaust roughly where I wanted the rust and then dabbing on some of the AK Track Rust pigment and finally it look much better at least to me. Maybe slightly over done but it's taken a few goes, hopefully next time will be better. 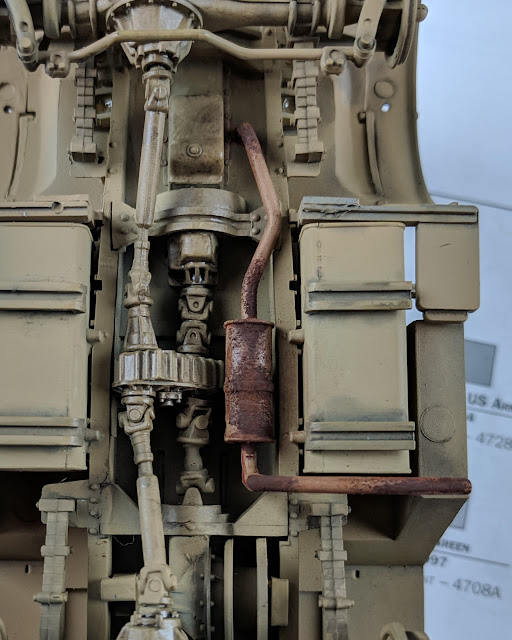 Got stuck into the body of the truck with the black panel line and applied the decal which I probably should have done before gluing the hatch down but you live and learn. 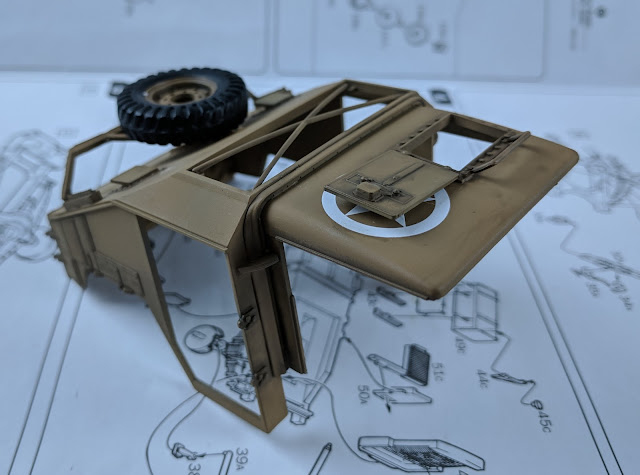 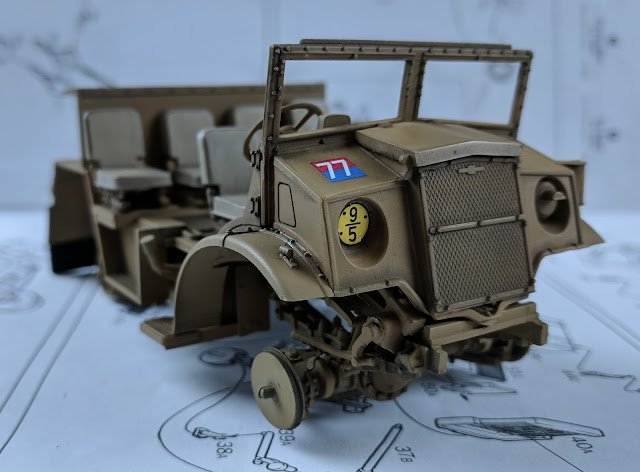 Applying a bit of weathering to the seats plus some AK North Africa Dust and Sienna pigments to the model really like the effect the 2 tones have built up in the corners and the checker plate sections of the chassis. 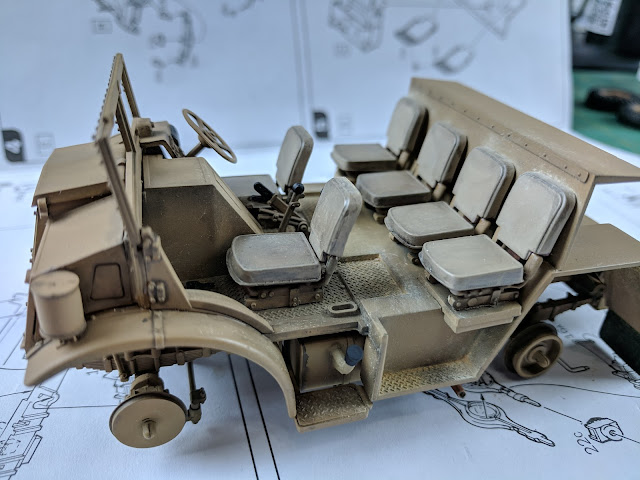 The canvas section on the roof look a little to shiny for canvas will need to do something to knock those back. Not sure what yet but it's not that impressive to me.

Applied some more dust to the wheel and body as well. And starting to not look like plastic. Except for the canvas pieces :-). They're going to need more work. 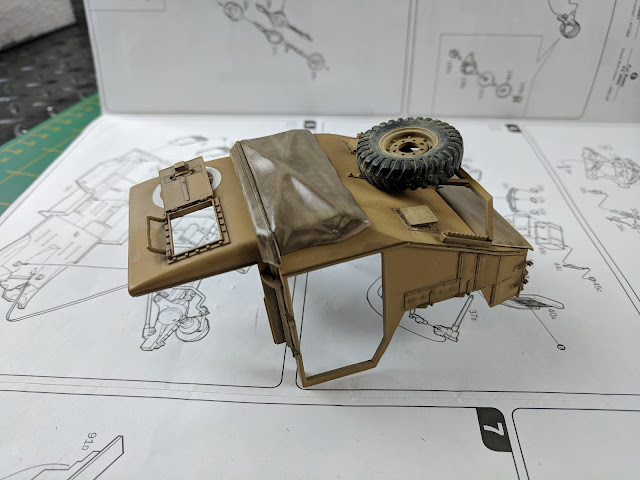 Did a little dry brushing and I'm not confident with the technique so erred on the side of caution and not done as much as I probably should have but it has a few highlights that I quite like. 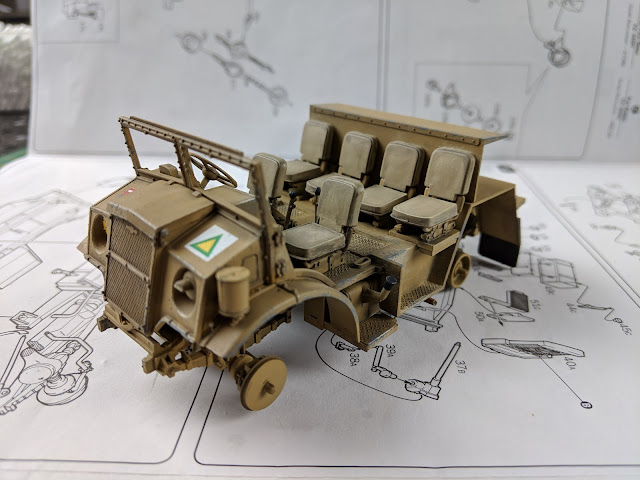 So that will do for another update, have to see what to add next, the decals are looking a little to pristine to be real so they will need something done to them, not sure what yet.