Another step closer wheels are now glued on and it's really starting to come to life. 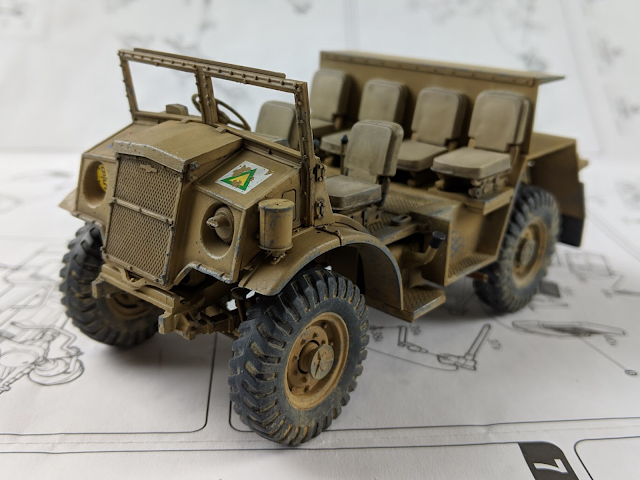 Did a little bit of chipping effect using a little piece of open cell foam dipped in paint (I picked a Tamiya XF-66 Light Grey) then (mostly) dried on a paper towel and then dabbed onto model in select areas.

It looked a bit funny as I was applying it when wet but once dried it I thought it actually worked pretty well. 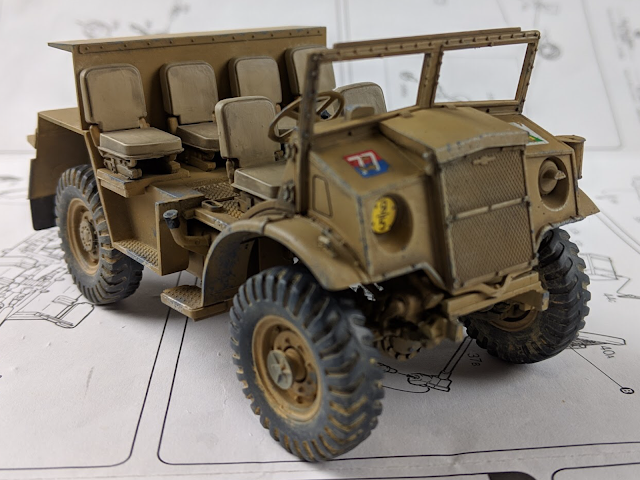 A bit more chipping effect underneath where things might rub, might have under done it like the dry brushing but I was afraid of getting to carried away and over doing it. 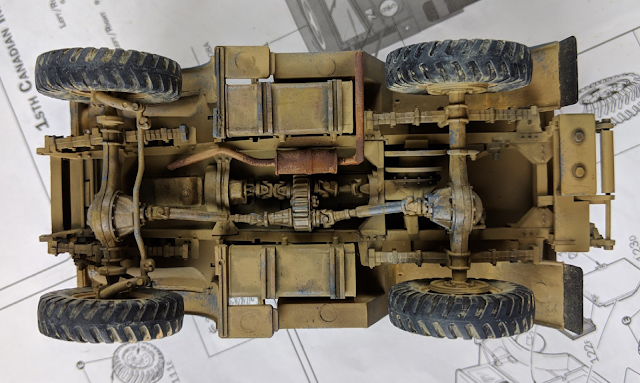 Since I was going for a North Africa dessert theme I decided the window frames looked a little warm for the area so I decided to cut the frames off the windows to match some of the reference photos I'd seen online. 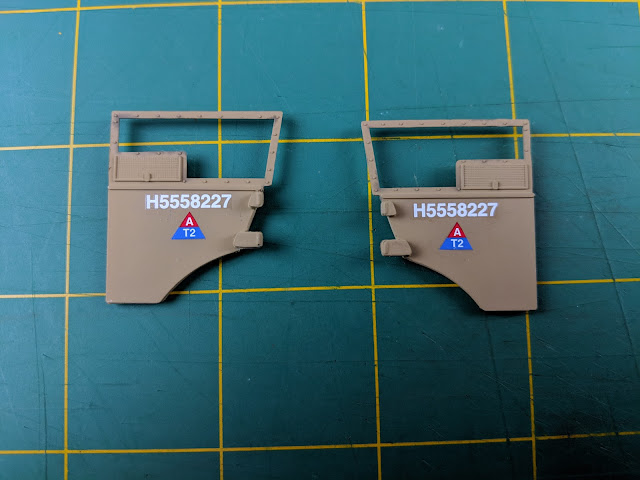 This ended up being easier then expected, not sure of the story behind how these came to be different whether it was a field modification or factory option :-).

Once the frames were cut I had to refinish off the cut area with paint and left it drying.

Had to try something I'd seen on other models online and try to get the windscreen wiper effect so made up some masking tape masks for the swing of the wipers and then applied a very light dusting of the Tamiya XF-57 Buff paint colour. This is the result, which I'm fairly happy with.

Also at the point the The body became one with the rest of the vehicle. Now I want to rush it and finish :-). 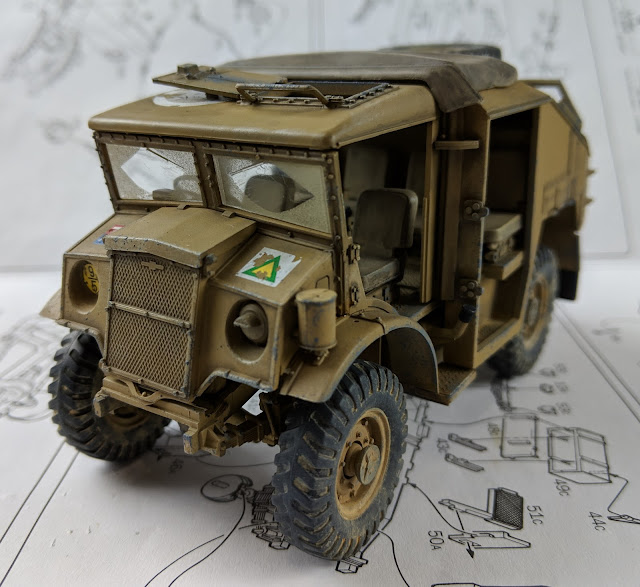 That's about enough for this update getting so close can't wait to get more done on it.