This is it, the last part (close enough).

Doors are mounted, and glued in place, it took me a long time to decide on whether I wanted to set it up to have the doors open with characters around it in a diorama or just the vehicle, in the end I decided just the vehicle would do given this model started out as something for me to learn a bit more a bout building and learn everything about painting and weathering. 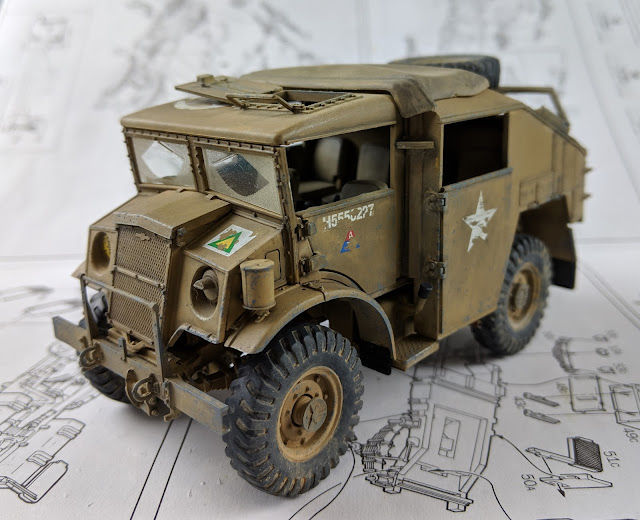 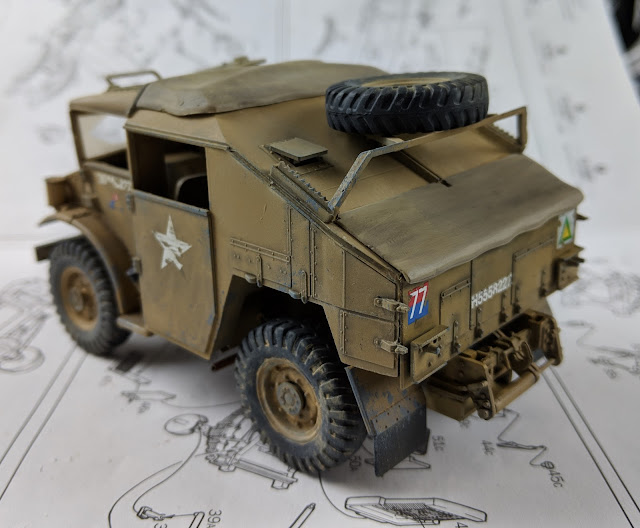 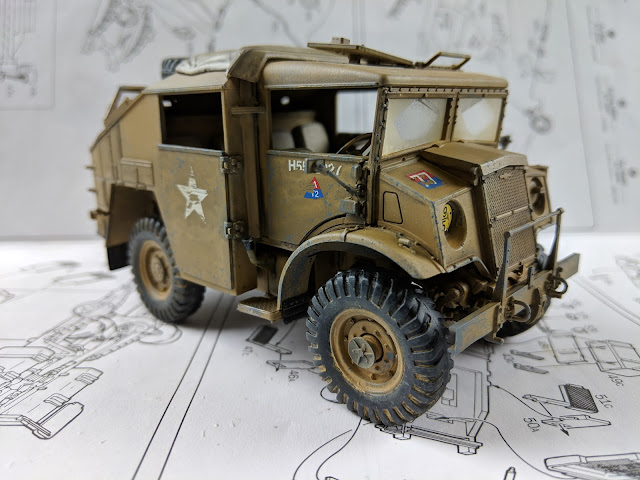 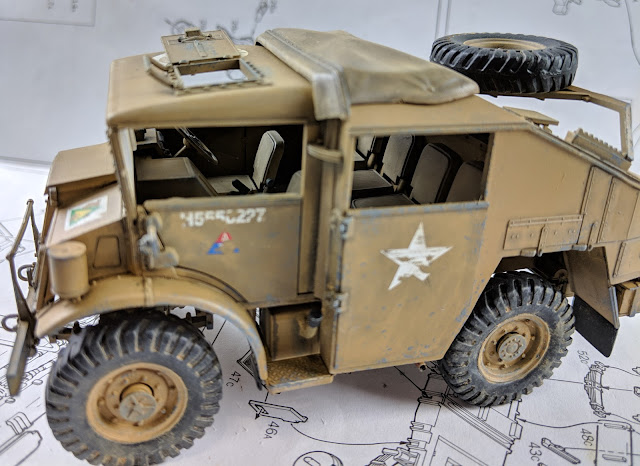 Underneath could probably do with more work but this will do. 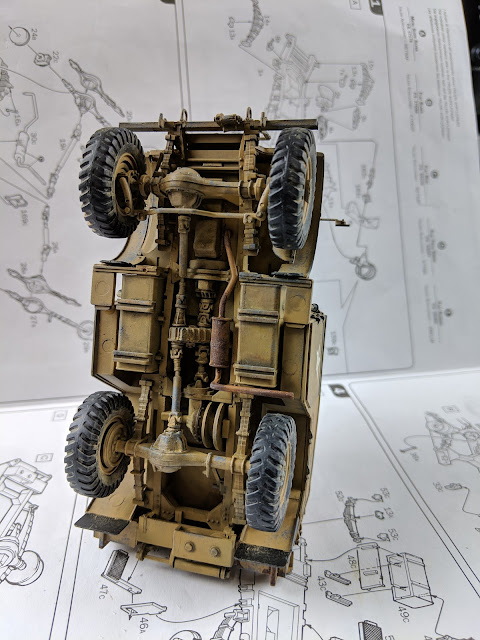 After applying a bit more of the pigment I decided to seal it all in with some Tamiya Flat Clear from a spray can and it seems to have come out a little shinier then I wanted to :-( 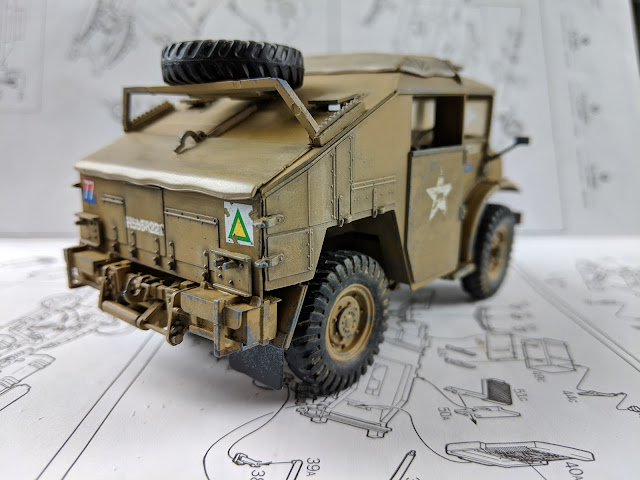 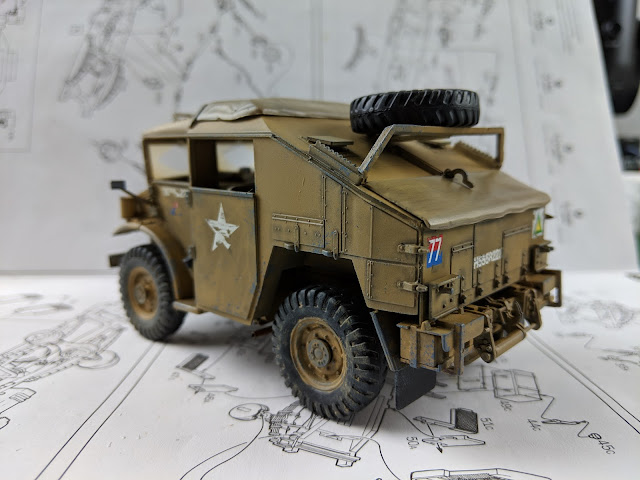 I should have also masked the windscreen a bit as it looks a bit to foggy now. Live and learn. 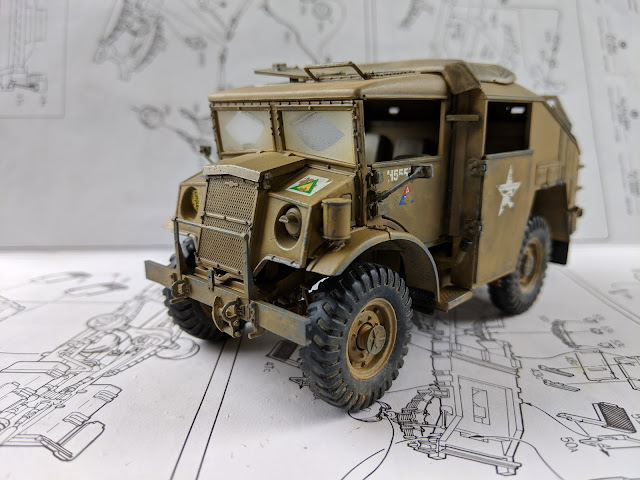 I'm going to have to give this another dusting with the airbrush flat clear just to take a little bit of the shine of it but will do that next time I break out the airbrush on the next model.

For now it's done and there were lots of lessons learnt and lots of things I think I could have done better and will hopefully do better next time.

Can't wait to get stuck into the next model.